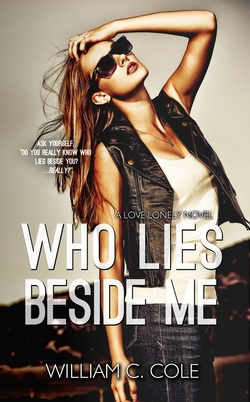 Do you really know who lies beside you?

It’s a question David Watson struggles with every day. There’s his alluring wife Sandy who led a secretive life veiled by the power of the White House, and his billionaire father-in-law, who wields a different sort of influence. Add into the mix Addison, the stable’s flirtatious new apprentice, who just happens to be the President’s daughter, and David’s dormant liaison with his lead trainer Renée, and you have a recipe for conflict.

David embraces his life at the ranch, the horses, the thrill of the race, and most of all his guiding star, the single most important person in his life, Capella. His baby girl will illuminate his path. David worships the ground she crawls on, and swears to provide her with a traditional upbringing and shield her from the dangers of the affluent.

Sandy is unwavering in her desire to raise Capella…

Since Capella’s birth one year ago, Sandy’s sole focus has been motherhood. A life consumed by covert operations safeguarding her country is now left to others, until the President of the United States woos her to become the first female Director of the CIA. Sandy knows all too well she might be the ideal candidate for the position, but falling back into being an absentee wife, and now mother, is no longer in the cards.